I was first introduced to Helen Oyeyemi during my junior year of undergrad in a course titled “The Novel and its Secrets.” We read a short story from her collection, What Is Not Yours Is Not Yours, and I knew after that singular story that this was an author I needed more of. So I bought her entire collection of short stories, along with two of her novels, White is For Witching and Boy, Snow, Bird and devoured them all within a couple of months. If someone were to ask what I look for in a story, I would shove all of Oyeyemi’s books into their hands.

If you talk to me long enough about books or publishing in general, I will eventually get to the topic I tackled in my thesis – that the Horror/Gothic genre has the capacity to do more than simply scare you; it can also heal you. (Not that it always needs to do that – sometimes it’s good to have an old fashioned scare every now and then). This is something that Oyeyemi not only exemplifies in her work, but something that she excels at. In White is for Witching, Oyeyemi starts off with the classic haunted house set-up, but then gives the house its own narrative chapters which helps to tie its appetite to entrap its occupants to one of the characters, Miranda, who has an eating disorder called pica. In Boy, Snow, Bird, she takes the fairy tale of Snow White and adapts it into a story about the lasting effects of parental abuse. Oyeyemi has a strong grasp on the what the Gothic has the potential to do, and she manages to pour something new into the genre with each book she writes.

Keeping with Oyeyemi’s trademark, Gingerbread takes a recognizable element of a fairy tale and twists it into something even more unsettling, while breathing new life into it at the same time. In the original Hansel and Gretel tale, the parents leave their two children out in the woods because they don’t have the resources to feed them. In Oyeyemi’s take on the tale, she writes a story that, beneath the various descriptions and manifestations of gingerbread (which are more than unnerving at times), looks at how a family could be put into that kind of situation in the first place.

The book details the lives of three generations of women – Margot, Harriet, and Perdita Lee, a family whose gingerbread recipe is passed down between them, although it quickly becomes clear that it is not a simple recipe. At times it seems more like a curse, especially when, early on in the book, Perdita re-creates the recipe with a mysterious ingredient that sends her into a coma. And this is where the book morphs into something readers won’t see coming, especially if they’ve never read Oyeyemi’s work before.

Upon waking, Perdita swears to her mother that what occurred was not a suicide attempt, but rather an attempt to reach Druhástrana – Harriet’s home country, which, you know, may or may not exist. Begged by her daughter and the dolls at her bedside (oh yeah, the dolls talk, ’cause why not?) Harriet launches into a story she has never told Perdita – how she escaped Druhástrana and made it to England. It is a story made up of a mysterious girl in a well, changelings, gingerbread shivs, and a corrupt gingerbread factory owner that pay workers with fake money.

“Harriet ate a piece of gingerbread and tingled all over. It was a square meal and a good night’s sleep and a long, blood-spattered howl at the moon rolled into one.”

Actually trying to detail Oyeyemi’s plot feels like an impossible task. She has a talent with her storytelling and her prose that not only gets you to suspend your disbelief, but manages to get you to disregard it completely and allow Oyeyemi to lead you down the rabbit hole of a strange and bewildering adventure that, when you really think about it, doesn’t always make sense. But that’s what is so extraordinary and breathtaking about this book – the fact that it reads almost like a fever dream at times, and yet you find yourself nodding along and flipping to the next page with your breath held in suspense anyway.

It can be easy to fall into the cliches of Gothic Fantasy (although, give me a classic haunted house story and I am always 100% on board), but Oyeyemi manages to avoid this by twisting the typical themes and tropes into another shape, and by adding an element to her story that a lot of people don’t normally associate with the Gothic – light-heartedness. While the book is strange and dark at times, it’s impossible to not have affection for the characters. Readers learn that Harriet has adopted a habit of leaving five star reviews on books she hasn’t read simply because she likes the author photo, and she started doing this after learning her students do the same thing, but with one-star reviews instead. “Opposing random negativity with random positivity,” is how Harriet classifies the act in her mind. And then there’s one of the underlying messages of the story – that a person holds the power to create their own family. “Not some sham family, politely avoiding having to care about one another,” Oyeyemi writes, “but people who would share a surname and the task of weaving a collective meaning into that name. People would support and protect and staunchly cherish one another.”

This book proves that Oyeyemi is an author we can continue to expect greatness from. She’s creating a recipe of her own when it comes the Fantasy genre – and I for one will be along for the ride, purchasing whatever book Oyeyemi writes next. While Gingerbread might not be the best starting point for new readers (I would recommend starting with her short stories to get a feel for her storytelling that’s a little easier to navigate), it is more than worth any resulting confusion from all of the delicious reality bending.

9 Gingerbread Recipes out of 10 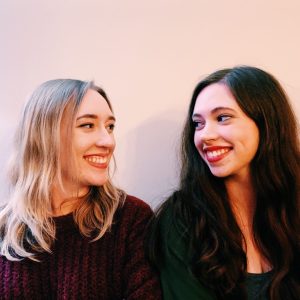 We are Emory and Sara – two sisters, blogging about our favorite books together!